No doubt it is one problem that you have faced at some point.

At a long day’s end; you find your phone on the brink of drying. To make it active again; you plug it in, but nothing happens.

Now, this can be very frustrating feeling, especially when smartphones have become such an integral part of your livelihood. More bad news is, such issues are difficult to diagnose as it can happen due to vivid reasons.

If you are experiencing any of these issues, then ‘Mobile Expert’– your one-stop-shop solution to quality iPhone and Samsung repair and servicing in Brisbane offers you few ways to diagnose your device woes. 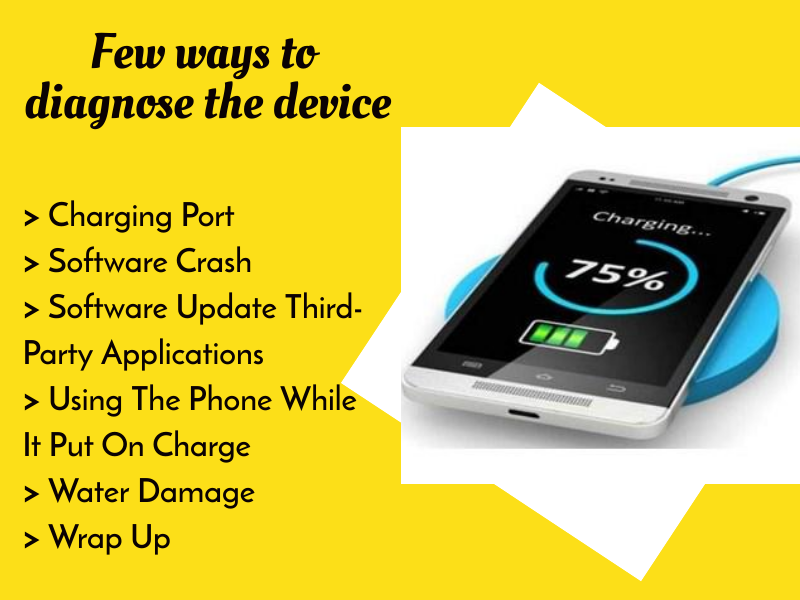 The first major reason why your smartphone doesn’t charge properly is when your charging port is distorted or obstructed.

Primarily there are a couple of aspects to check- the wall adapter and the charging cable- namely the latter as they endure a lot of wrapping, re-wrapping, flexing.

You trying to plug them in weird angles doesn’t help the cause either. All these can lead to damaging the cable and hence prevent the device from charging completely.

Charging is not a hardware issue but a software one. The smartphone needs software to detect if the charger is plugged in, and so if the software crashes, the device will not charge as well as it ought to.

A reboot, also known as a software reset helps clear out all the apps and data from the RAM apart from your saved data. It also helps clear out the unnecessary processes which could be running behind the screen hence causing a drain on the battery while it is still charging.

Some apps may hinder the device’s ability to charge properly. This is mainly in older android models, and if you update its existing OS, then it may result in your device charging slowly.

Using The Phone While It Put On Charge:-

There are a lot of people who have a habit of using their smartphones while it is still charging. The apps that are in use consumes a good % of the charge and puts pressure on the battery to sustain any. Due to this excess load on the battery, it also charges slowly.

So, one suggestion would be not to play games or watch movies when your low-on-charge device is plugged in. In some instances; when you use the device while it charges, the battery consumption may be so high that it might not charge at all- neither does it lose. This gives off the impression that your phone won’t charge even while being connected to its charger.

To determine the root of such battery troubles; you should not use your device and allow it to charge fully. And if you notice that your device still doesn’t charge, then speak to our phone repair technicians. They will inspect your Android device thoroughly and try to resolve the issue as soon as possible.

If It Has Suffered From a Minor Water Damage:-

Another distinct possibility why your android device doesn’t charge as well as it ought to could be due to minor water damage.

Over the course of our service; we have come across numerous instances when owners of Samsung S9 Plus having water damage complaining about their battery not working as well as it should. The reason being, the water seeps into the internal parts of the device (including the battery) and ruins it.

It could lead to charging issues or even battery malfunctioning. If left unattended, it could damage the battery completely and leave you with no option but to replace it.

If such an instance has happened with your android smart device, then the best thing to do would be to contact our reliable repair technicians. Having dealt with such issues in the past, they will provide you reliable and warranted repairs at reasonable rates adhering to the industry-standards.

These stand as some of those recurring device charging issues that happen from time to time. When faced with such inconveniences, it is crucial to remember that a faulty battery can always bring about numerous risks, including the device blowing up during use.

Another thing which we would suggest you is never to charge your device during the night. This could cause overheating of the device and also a potential explosion.

Hopefully, now you know the root of all your Android smartphone charging issues. If you come across anyone of them in time (or already have), then without procrastinating further, call us @ 0405492202 or email us your device issue @ contact@mobileexpert.com.au.

Striving to be a reliable and ‘cost-effective phone repair shop near me’; we promise that all our repair parts come with 6-months warranty and are carried out by technicians possessing heaps of field knowledge and experience.

So, what are you waiting for? Get on with it!