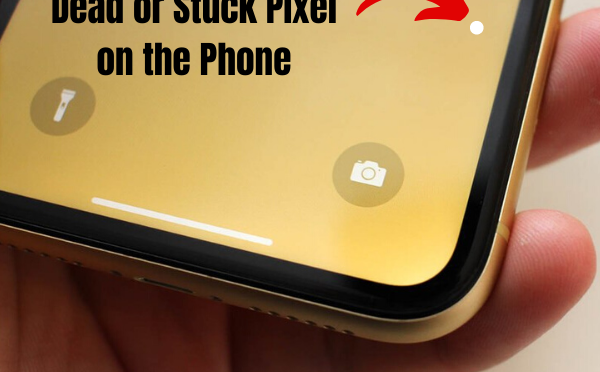 Dead pixels happen when a single pixel in a display stops lighting up, causing a persistent black dot on the screen. It’s almost difficult to fix a dead pixel, and it may need you to replace the screen.

What Does it Cause Dead Pixel?

According to professionals for iPhone XR screen repair, a dead pixel is the manufacturing defect. Due to an undetectable number of small errors in assembly, it can result in dead pixels amongst the millions. Dead pixels appear later on the display’s life that happens due to physical damage.

When the transistor fails to power the pixels, dead pixel happen then. Being associated with the pixel, it can cause permanent black appearance on the screen that will never illuminate.

What is the Difference Between Dead Pixel or Stuck Pixel:

Dead pixels and stuck pixels look almost the same, but there’s a significant distinction between them. A dead pixel won’t turn on anymore, whereas stuck pixel remains permanently on. It means, the transistor for stuck pixel remain on and can affect the entire pixel or just one of the three sub-pixels.

Since stuck pixels always remain active, they appear very bright, as a persistent dot on the screen. The bright dot can be of any colour- white, red, blue or green. On the other hand, the dead pixel appears as a small black rectangle.

How to Locate Stuck Pixel?

If you suspect to have dead or stuck pixels, but not sure at all, there are a number of tools to ensure their presence. Such tools display solid colours and let you find them across the screen.

How to fix the problem of a dead or stuck pixel: As soon as it comes to fixing the dead or stuck screen, here are things you can do based on the situation-

Wait to let the pixel disappear: You can wait to let pixel go away on your own. This happens, but no one can say when.

As a last-ditch of effort to fix a dead pixel, you can try this method. But, there is no guarantee that either one of them can fix the problem.

However, stuck pixels are easier to repair than dead pixels, as it stays there until it gets the power supply. So, try putting your device switched off for 24-48 hours to let the stuck pixels drain the excess power. Or, opt for our phone repair professionals in Brisbane, who use multiple tools to run the stuck pixels, and neighbouring pixels work through numerous bright colours.